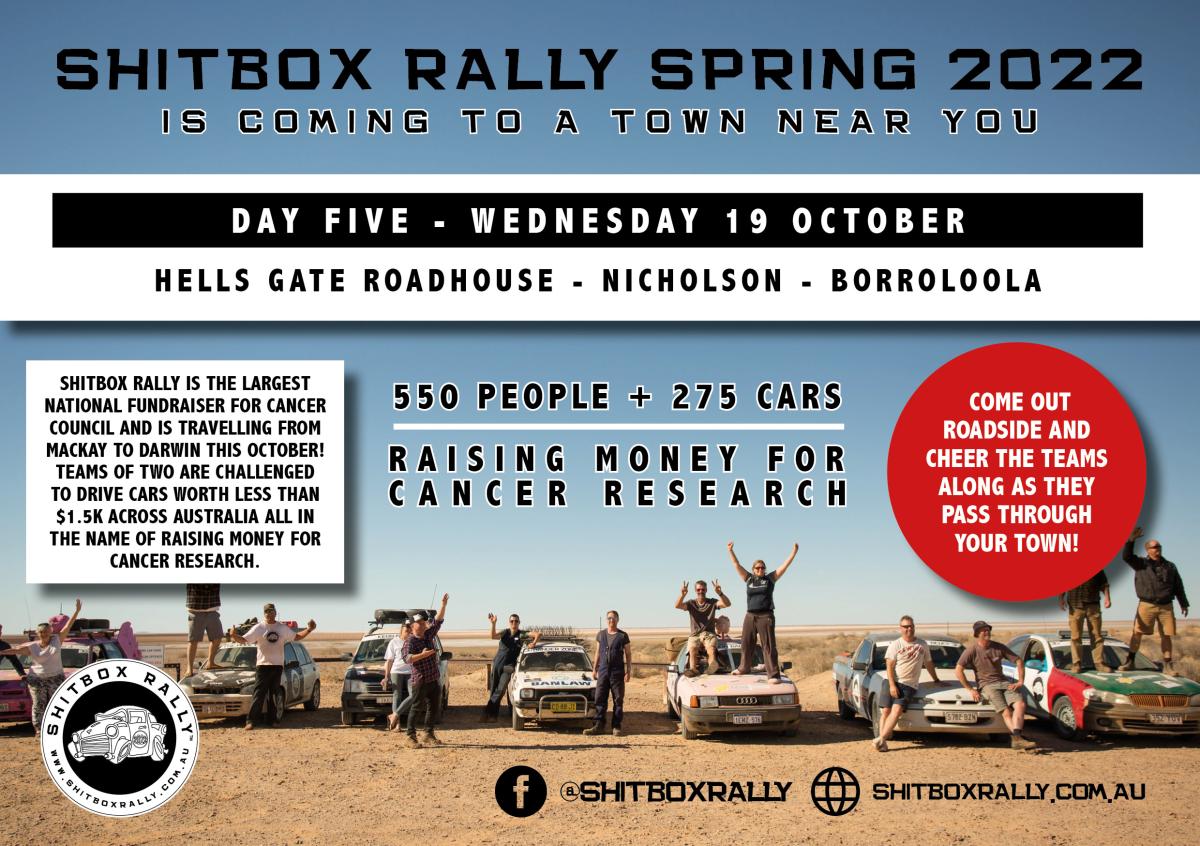 There's going to be a bit of a traffic in the Roper Gulf region next week as the Shitbox Rally makes its way through the Top End!

Teams of two in 250 cars will leave Mackay, QLD on Saturday 15th October 2022 in the morning with their 5th stopover in Borroloola on Wednesday 19th and 6th stopover in Mataranka on Thursday 20th.

Then after seven days of driving almost 3,500kms on dusty, mostly unsealed roads with six stopovers in remote locations, they will cross the finish line in Darwin on Friday October 21st... some cars simply won’t make it.

The rally brings together people from all over the country and overseas who want an adventure, a challenge and crave something different, something life changing but most importantly, it’s for those who want to raise much needed money for charity.

Find out more information about the rally or donate here.